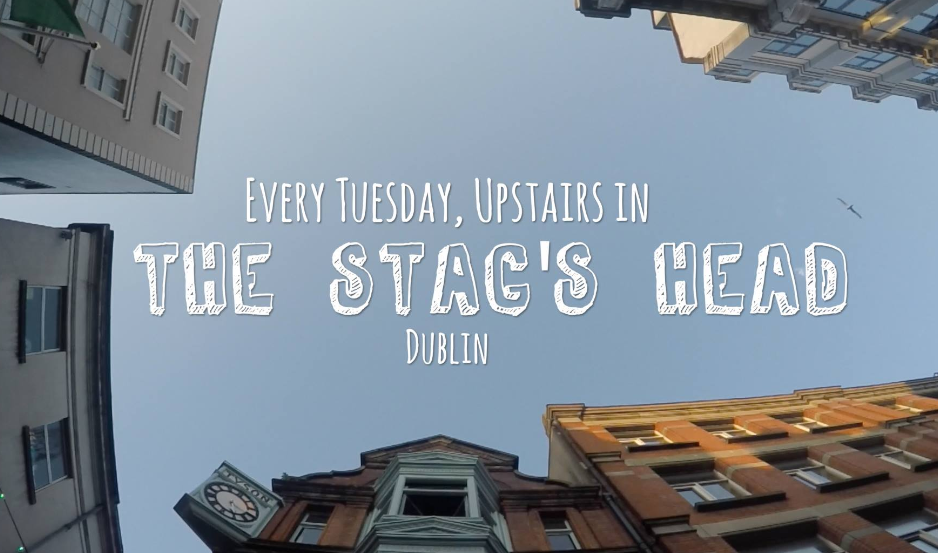 So what is Ukulele Tuesday all about? Basically, it’s a bunch of people getting together to bash out some tunes on tiny four-stringed instruments – but even if you’ve never played before you’ll be able to join in. Don’t have a Ukulele yet? Never mind, you can borrow one of ours – if you’re really lucky, we might even have a spare kazoo!

To keep up to date with the latest activities of the Ukulele Tuesday gang, please visit the Facebook page.

Here you can get in touch, see what extra events are happening and even view a livestream of the Tuesday session live from the Stag’s Head.

Ukulele Tuesday began in 2011 when three amateur ukulele enthusiasts (Richie Gillespie, Connor Upton and Dan Foley) set up a weekly jam and dinner session which alternated between their respective abodes. Richie had just returned from London, where he discovered the ‘Ukulele Wednesday’ sessions, and this provided the inspiration to attempt a similar Dublin-based event. After what was probably an insufficient amount of practice, the trio decided to take their project into Dublin city centre, seeking public houses that would tolerate such random ukulele warbling.

Initially the UT project existed in a fairly nomadic fashion, as the group sought out hospitable venues. However, a major breakthrough came when the visionary management of the Stag’s Head offered the group a residency of sorts in the downstairs snug. With a regular location guaranteed, the weekly attendance began to grow, until eventually the snug became a tad too snug and the UT event was brought upstairs… which is where you will still find it to this very day!